NEWSMEDIAnews media at your fingertips
More
- Advertisement -
HomeEntertainmentAjay Devgn reacts to reports of his involvement in viral Delhi brawl,...
EntertainmentNews

Ajay Devgn reacts to reports of his involvement in viral Delhi brawl, blames ‘some doppelganger’ 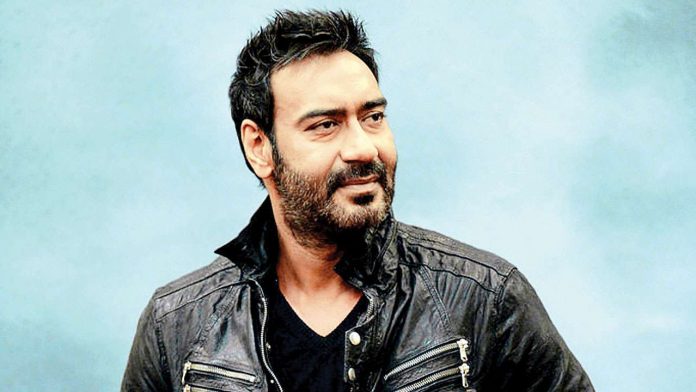 NEW DELHI: A day after his spokesperson released a statement on the Delhi brawl video, actor Ajay Devgn took to Twitter and clarified that the video being circulated of a man involved in the Delhi brawl is not him and ‘it must have been some doppelganger.

“Some ‘doppelganger’ of mine seems to have got into trouble. I’ve been getting concerned calls. Just clarifying, I’ve not traveled anywhere. All reports regarding me being in any brawl are baseless. Happy Holi,” the actor tweeted, putting an end to speculation surrounding him in the Delhi brawl incident.

Some ‘doppelgänger’ of mine seems to have got into trouble.
I’ve been getting concerned calls. Just clarifying, I’ve not traveled anywhere. All reports regarding me being in any brawl are baseless. Happy Holi

On Monday, Ajay Devgn grabbed all the headlines when reports surfaced on social media about actor’s presence in a viral brawl video, which took place recently at Delhi’s Aerocity. Following speculations, the actor’s team released a statement clarifying that Ajay has not visited the capital in over a year.

“Post the promotion of Tanhaji-The Unsung Warrior in January 2020, actor-filmmaker Ajay Devgn has not visited Delhi. So media reports of a brawl involving the superstar outside a Delhi pub are absolutely baseless and untrue. We request news agencies and media to please note that Mr Devgn has been in Mumbai the entire time shooting for Maidaan, MayDay and Gangubai Kathiawadi and he hasn’t set foot in the capital in 14 months,” read a section of the statement.

“Request all media to please cross-check before putting out anything,” read the complete statement by the actor’s team. The aforementioned brawl was reportedly over a case of road rage. by TaboolaSponsored LinksYou May LikeTerm Life Insurance – 1 Cr Life Cover @ 490/month*. Get a Free Quote! Term Plans -Compare & Buy Now!Power Up for the Year AheadDell

Speaking of the incident, the police has arrested two people in connection with it.

On the work front, Ajay Devgn will next be seen in ‘Maidaan’, which is a sports biopic. The actor will be seen in the role of a football coach, Syed Abdul Rahim. He will be next seen in ‘MayDay’ alongside Amitabh Bachchan and Rakulpreet Singh.

Ajay Devgn is also a part of Sanjay Leela Bhansali’s ‘Gangubai Kathiawadi’ starring Alia Bhatt in the lead. Besides, he will also be seen in multi-starrer ‘Bhuj The Pride of India’, scheduled for an OTT release. Ajay Devgn also has SS Rajamouli’s ‘RRR’ in which he makes an extended cameo appearance. It marks his debut in the Telugu film industry.

We can’t end the pandemic without vaccinating kids

What is Free Fire and Diamonds in it

The Most Important Things to Do After Installing WordPress

ABOUT US
my NEWS media. is your news, entertainment, music fashion website. We provide you with the latest breaking news and videos straight from the GAMING entertainment industry.
© 2021 myNEWSmedia All rights reserved. Privacy Policy